Calculating The Cost of Solar 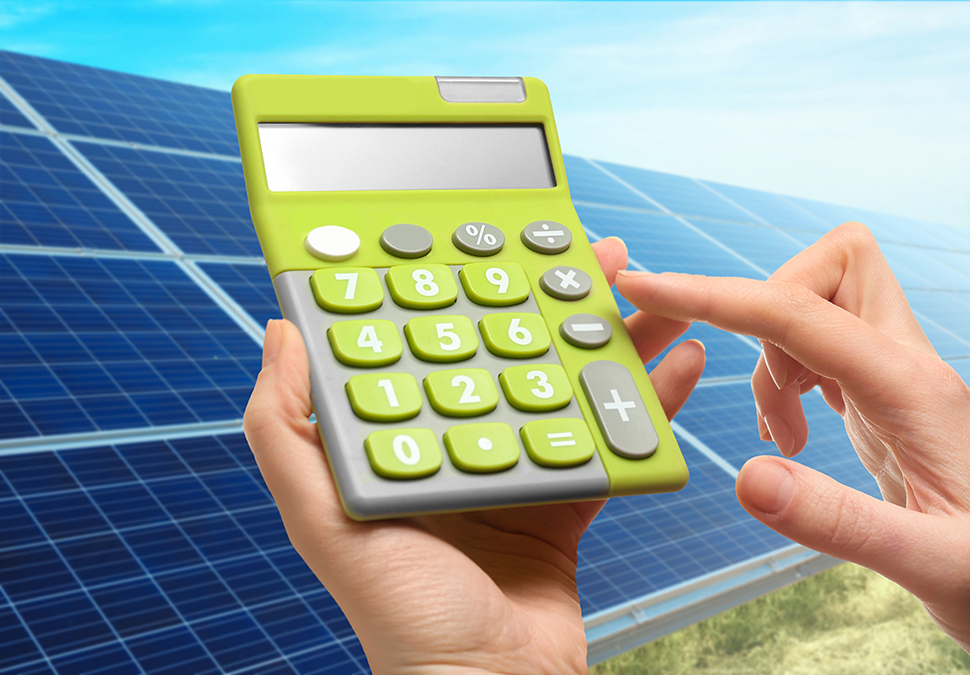 So, what exactly is involved in calculating solar panels cost? When thinking about solar power very few people know the way the cost of solar panel systems is actually measured. Or even, for that matter, do we automatically grasp the connection relating to the cost of solar power and the value of solar power. We all know that gasoline prices are in dollars per gallon. We likewise are all aware of approximately how far we'll be able to drive after spending 40 bucks for a tank of gas. In contrast to a tank of gas, the value of which can be consumed pretty much instantly, solar panels deliver their value across a period of time.

Can The Value Outweigh The Cost?

The initial question is directly linked to solar panels cost, so we'll cover that first. Solar photovoltaic (PV) panels (that transform the sun's rays into electrical energy) usually are priced in dollars per watt ($/W). Generally, there are several facts associated with this step. It's possible that you'll hear some people talk about DC watts vs AC watts. Additionally, they may well mention something referred to as dollars per watt peak ($/Wp). But the key aspect to remember is the fact that, when you decide to buy a solar energy system, you are actually purchasing the capability or "potential" to create electricity right now and into the future. Pretty neat, huh?

How Much Money Will You Be Paying?

Considering the fact that every single solar home installation is just a little different, the result differs a bit from home to home. And also, taking into consideration that solar rebates and solar tax credits are normally made available at the state and/or local level, the price varies somewhat from region to region. Know that all US homeowners with federal income tax liability are able to take advantage of a federal solar energy tax credit worth 30% of system costs on purchased systems. Listed here are a few useful resources for solar energy costs:

The Open PV Project, a project of the National Renewable Energy Lab, contains pricing data from solar installers nationwide. The 2010 nationwide average price for solar PV was $7.15 per watt. Not all solar installation companies participate in this program, hence the numbers aren't absolutely perfect. Nonetheless, the information supplies a look of how much, for example, the typical Arizona homeowner could be spending ($5.64/W) versus the average homeowner in New Jersey at ($7.64/W).

Certain states mandate solar installers to report the prices for their solar installations and authorities may hold back solar rebates in the event that figures aren't supplied. The end result is fairly thorough solar panels cost data. Pennsylvania's Sunshine Solar Rebate Program, for example, is reporting an average rate of $5.32/W for residential solar energy projects having a median system capacity of 8 kilowatts (kW). Go Solar California, a joint venture of the California Energy Commission with the California Public Utilities Commission, is presently reporting quarterly updates on domestic solar costs, that are averaging about $7.19 per watt.

If you are not quite sure, choose a rule of thumb. Any time you are calculating the cost of solar panels use a default value of $7.00/W for household solar projects. Even if this figure might not be perfect, it is a good ballpark figure to start. Remember that this pre-incentive figure can end up being reduced by whatever solar rebates together with tax credits offered in your region.

Try to get at the very least two (ideally three) solar home energy price quotes from accredited solar installers. In the end, it's not until you have gotten a definite proposal that you will be able to know how much solar panels will cost for your home.

As mentioned above, due to the fact each and every project is unique, it is rather tricky to make generalizations. Nonetheless, presuming a pre-incentive cost of $7.00/W, an average 5-kW system would probably have a gross cost of $35,000 ($7.00/W * 5,000 W = $35,000). Any kind of solar rebates are going to lower this gross cost even more, as would the 30 percent federal solar tax credit.